Adding Free Stopovers or making Stopovers as your destinations 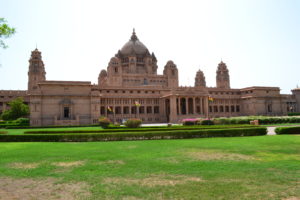 On your trip, you will likely end up having to change planes at some point. If you’re touching down, we think you might as well see the city instead of just the airport! Talk to us about making the rush from one plane to the next into a stopover, a stay of at least 24 hours in a city, at little or no extra charge.

If you’re already looking like you’ll be changing in a hub city like London, Singapore or Los Angeles, ask your agent whether they can arrange for your dash through the airport to be extended so you have a day or two to check out the city. If there’s somewhere you’d like to see as a stopover destination, speak to your agent about which airlines might be most likely to have flight changes in that city and whether it can be arranged to have a stopover there when you’re flying through the area. For example, if you fly from Auckland to LA, you will have a stop in Fiji or Papeete, but you could make that a few day’s stay for no extra charge. Or if you’re heading over to Europe from Australia, there will be en route changes in Bangkok, or maybe Singapore or Bali. We can make this a free stopover destination so you can have some time to check out these cities on the way!

Very occasionally, this can’t be done or will incur a small fee, depending on the fare you’ve paid or the route you’re taking, but be sure to speak to your agent about what your options are so you can  stretch your flight budget even further.

How To Plan Your RTW Trip

Planning a trip of this magnitude feels like a daunting task. While the decisions on what to pack might take some time, the actual process of booking is really quite simple.